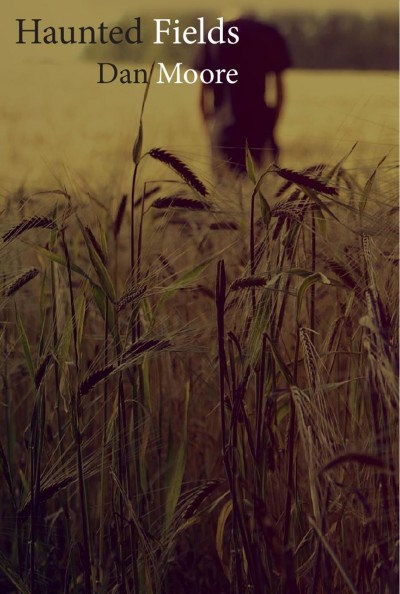 Haunted Fields follows teenager Freddie Forster as he navigates the unexpected events in a very different summer break. Having planned to spend the holidays partying, Freddie is disappointed when his step-mum refuses to fund his lifestyle and he finds himself banished from the family home. He travels north, and comes across a farm on the outskirts of a secret rural community. Freddie soon learns that fear and rumours surround the village, and that there have been sightings of a ghost.

Freddie’s involvement in helping to save the struggling farm, as well as uncovering the truth about the haunted fields, gains him both friends and enemies. As he discovers more secrets about his own family as well as the village, Freddie has to fight to rise above the paranoia and lies.

Dan Moore has crafted a brilliant tale of a seventeen-year-old boy forced from his comfort zone into a community haunted by the secrets of its past. Haunted Fields is an examination of its characters’ fears: of teenage angst, family secrets, hysteria. It also explores what happens when someone is confronted with the terrifying reality of seeing something, which they know can't possibly be real, with their own eyes.

Dan is a young writer from Lincolnshire who, having decided he should do something with his vivid imagination, began writing whilst studying at the University of Lincoln, aged nineteen. Dan would love to pursue a career in writing, and is in the process of planning his next project.

Please login to borrow the book.